Determining an appropriate Kampo formula requires a sho. Sho is a Kampo diagnosis based on a given patient’s symptoms and patterns of disease.

Sho is far different from Western diagnoses. Patients with the same disease can reflect a different sho and be prescribed different Kampo prescriptions. Conversely, the same Kampo formulas may be used on patients with different diseases, if they reflect the same sho.

Each patient’s sho is determined within the context of an Eastern view of human anatomy and physiology as well as illness. Just like TCM, Kampo uses a unique cognitive paradigm, making extensive use of tools such as: 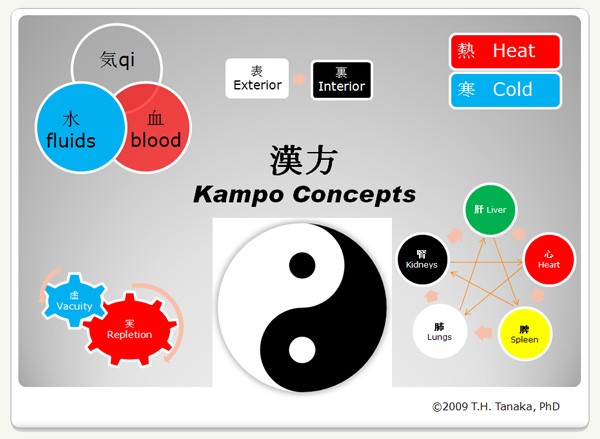