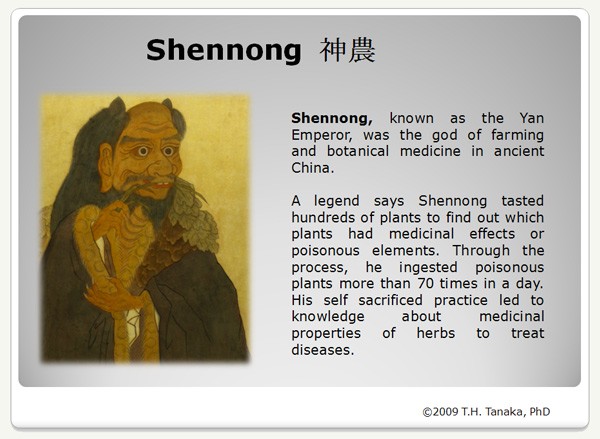 Ancient times (prior to 5th century):

In ancient times, it is believed that illnesses were treated by shamanism and with a limited variety of herbs. Those treatments were primitive, and they were performed without knowledge of systemic and methodological theory.

Medicine used by many in ancient China was believed to have been first brought to Japan by way of Korea around the 5th or 6th Century A.D. By the beginning of 7th Century much information about Chinese medicine had reached Japan. It was not just medicine, Chinese traders also provided knowledge of Buddhism. It is largely because of this connection that during the Nara (710-794) and Heian (794-1192) periods, medicine was mainly provided by Buddhist Monks. By this time, the Chinese medical system was widely disseminated, soon becoming the standard medical system in Japan. The best example of how much medical knowledge was held by the ancient Japanese can be found by 808 A.D., the year that the Dido Rui Ju Ho was published. Containing one hundred volumes of the most current medical knowledge, this work also contained various traditional therapeutic, or folk, remedies, well-known in the shrines and homes of Japan. This enormous compilation of medical knowledge was commissioned by Emperor Kanmu, based on his desire to retain the vast wealth of Japanese medical knowledge.

In 984 A.D., the Japanese physician Yasuyori Tamba wrote the Ishimpo (or Yi Xin Fang), which translates as “The Essence of Medicine and Therapeutic Methods.” This text, the oldest surviving Japanese medical text, is a compilation of medical knowledge and theories that were prevalent during the Sui (589-618 A.D.) and the Tang Dynasties (618-907 A.D.). The Ishimpo quotes from hundreds of ancient Chinese medical texts, many of which had already been lost in China. It is largely because it was able to compile these dead texts that the Ishimpo is so valued among scholars who study the medicinal history of the Sui and Tang Dynasties.

The Edo period saw a major advancement in Kampo, with the splitting of the two major styles of this therapeutic technique, each with different operating philosophies. The two schools were the Goseiha School (School of Later Developments in Medicine) and the Kohoha (School of Classical Formulas).

The Goseiha School was founded by Dosan Manase, who lived from 1507 to 1594. He was a student of Sanki Tashiro (1465-1537) and stayed in China for twelve years, spending his time there studying the medical systems used in the Jin (1115-1234 A.D.) and Yuan (1279-1368 A.D.) dynasties. There Manase found that the basis for Jin Yuan medicine was the dichotomy of the yin and the yang, as well as the five elements theories, which compared the human body to a small universe. Manase wrote many textbooks such as Keitekishu. He also established a medical school, Keitekiin and trained several hundred physicians. Manase’s most significant contribution to Japanese medicine is also his most subtle; his ideas of simplicity and practicality, imparted through his lectures and his writing in Keitekishu, came to serve as a thematic foundation of the development of Kampo.

As the Jin Yuan style of medicine became to see wide practice in Japan, a small group of physicians began to criticize it. They claimed that it was ideology based only on speculative theory and they advocated a return to the classical concepts of Chinese medicine. They particularly advocated returning to the concepts and the teachings of the Shang Han Lun, translated as the “Treatise on Cold Damage” and Jinkui Yaolue (Essential Prescriptions of the Golden Coffer). These texts were written over a thousand years earlier, and were hallmarks of the Kan period (Han Dynasty, 202 BC – 220 A.D.). It is because these scholars sought a return to Kan medicine that they were, this group of physicians were referred to as Kohoha, or “followers of the classic method”. The Kohoha School was proposed by Geni Nagoya, who lived from 1628 to 1696, then advocated by other proponents such as Konzan Goto (1659-1733), Toyou Yamawaki (1705-1762), and Todo Yoshimasu  (1702-1773). 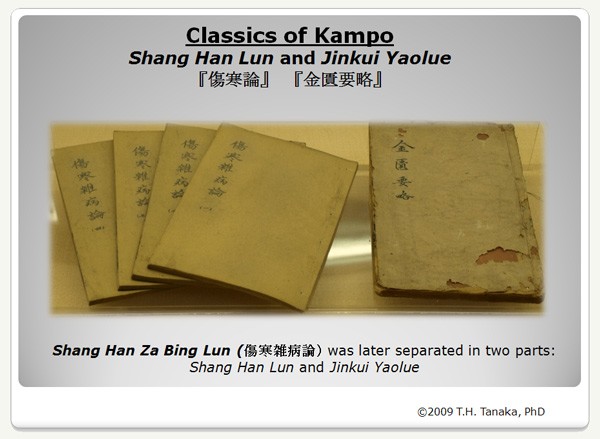 Todo Yoshimasu is considered to be one of the most influential figures in the history of Kampo medicine. Known for his positivistic Kampo approach, Yoshimasu was known as willing to accept and use any technique so long as it proved clinically effective, regardless of the surrounding theories or its particular philosophical background. Although Yoshimasu made some controversial claims and often performed controversial treatments, he is most credited for his work in developing Kampo abdominal diagnosis. His abdominal diagnostic theories and practices not only became one of the most integral parts of today’s Kampo, but they are also commonly credited with differentiating Kampo from traditional Chinese medicine (TCM). Although various abdominal diagnoses were originally described in Chinese medical classics such as Shang Han Lun (Treatise on Cold Damage) and Nan Jing (Canon of Eighty-One Difficult Issues), this specific method had long been abandoned in China.

During the later part of the Edo period, many Kampo practitioners integrated the two teachings, utilizing the strengths of both the Goseiha and Kohoha schools. They are known as disciples of the Sechu-ha, or “eclectic” school of Japanese medicine.

An excellent example of the success of Kampo medicine and the clout that Kampo and its practitioners wielded is the fact that these physicians were the official court physicians for Shoguns and emperors until the beginning of the Meiji period.. As a side note, it is interesting to mention that during the middle years of the Edo period, European and American medicine was imported to Japan, and practiced as “alternative” medicine. Despite its extraordinary popularity, Kampo medicine entered a period of rapid decline when the Meiji government decided to recognize only the German medical system, bowing to the tide of medicinal modernization sweeping the western world. By 1883, the Japanese government passed a law that retracted the medical licenses of any existing Kampo practitioners. Despite losing legal standing, a small number of these doctors continued to practice privately.

By the middle of the Showa period, Kampo medicine began to gain its former popularity, while gaining increasingly international, recognition. Acupuncture, an integral part of Kampo medicine, saw a sharp increase in usage after U.S. President Nixon’s visit to China in 1972. When the New York Times published a sensational international news about acupuncture. The practice of Kampo medicine also increased when Japan began to manufacture high-quality extracted herbal granules in 1957. Kampo medicine also saw an overall increase in popularity and usage when it was added to Japan’s national health insurance plan in 1976.

In modern Japan, Kampo medicine has been fully legitimated and has been widely integrated into Japanese health care system.

A survey conducted by Nikkei Medical indicated some of the main reasons why there has been an increase in the number of physicians prescribing Kampo medicine. This survey found that 65% of those physicians who had prescribed Kampo medicine believed that Western medicine has inherent limits that could be compensated for by these forms of treatment. 32% answered that they might not have prescribed Kampo medicine in the past, but were swayed by the strong availability of scientific data indicating the efficacy of Kampo. Finally, 31% offered that they only offered this medicine because of what they described as strong demand from patients

* The term Kampo (or Kanpo) is translated from 2 characters: Kan (kan) representing the Han dynasty and Po (po or ho) meaning “method”.  From this, Kampo literally means the method of the Han Dynasty.  Although Kampo practice has existed and seen integration throughout Japanese society for over 1400 years, the term “Kampo” is relatively new.

* By the middle of the Edo period (at the end of 16th century), Dutch explorers brought a biology-based medical system to Japan. What the Dutch brought was the foundation of much of modern, western medicine. Initially, under the Edo isolation policy, the Dutch were the only people allowed to enter Japan. This newly-imported medical approach was referred to as Ran-po (with “ran” meaning Holland or Dutch; thus the term can be translated as “Dutch method”). Up until that time, the existing, traditional Japanese medical practice (which included herbs, acupuncture, the use of body massage, and dietary therapies) was simply referred to as hojutsu (meaning “therapeutic method”). To distinguish it from the new Ran-po system, many doctors began to call the traditional approach Kan-po (then more commonly spelled kampo), as the major foundation of the therapeutic methods was based on the classical Chinese medicine that originated in the Kan (Hun) dynasty.

The content on this page has been constructed by consulting primarily the following articles and texts: