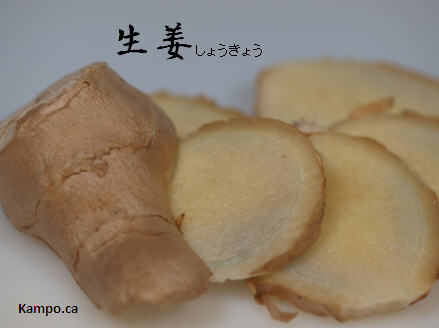 Sheng jiang – fresh ginger rhizome. It is not a commonly used form in Japanese Kampo

Note: It should be noted that there is a discrepancy in regards to the actual form of Shokyo and Kankyo between Japanese Kampo and traditional Chinese medicine (TCM). The fresh ginger is used in TCM as the name of the herb literary implies (sho or sheng means raw or fresh, kyo or jiang means ginger).  In Kampo however, dried ginger is used as shokyo (thus, occasionally it is referred as Kan-Shokyo, meaning dried-fresh ginger). In other words, the shokyo or kan-shokyo in Kampo is the same herb as the gan jiang (dried ginger) in TCM (see also note under kankyo/gan jiang). 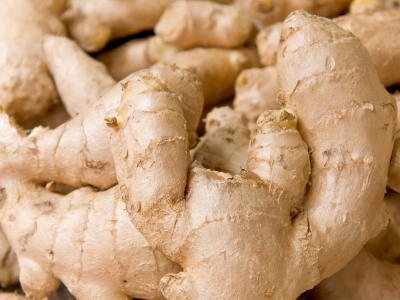