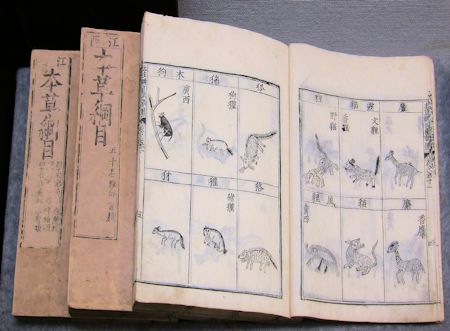 Bencaogangmu (Compendium of Materia Medica) was written by Li Shizhen in the Ming Dynasty (1368-1644).

It is a voluminous work of Chinese pharmacology which took Li Shizhen 26 years to complete. Composed of 52 volumes with 16 parts, 62 classes, and over 1.9 million characters, the book includes 1,892 kinds of herbs, 11,096 pieces of prescriptions and 1,160 medicinal illustrations. It lists all the plants, animals, minerals, and other items that were believed to have medicinal properties.

The book was circulated in Japan at the beginning of Edo period (17th century), and influenced the advancement of biology, pharmacology and Kampo medicine in general. 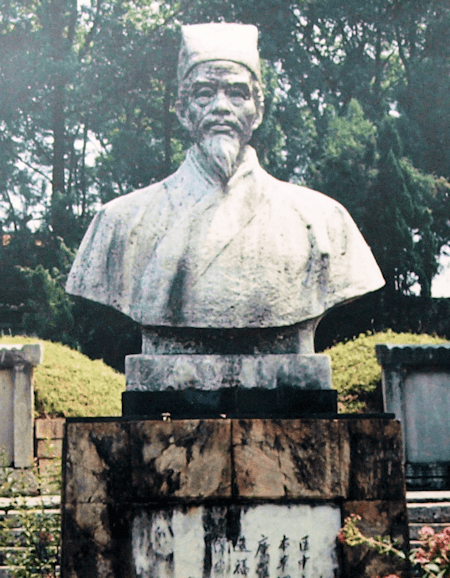 A stature of Li Shizhen, in the front of his Thomb, in Qichun, Hubei Province in China